Fender launched the American Standard Series of guitars and basses in 1987, and the collection has been Fender’s flagship line for serious artists and players for nearly 30 years, but beginning December 7—and officially launching in January 2017—Fender will be replacing the venerable line with the new American Professional Series. 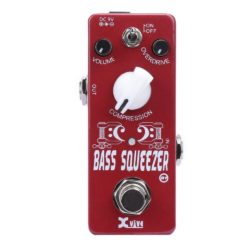 Get Your Music On Tic Tok, Spotify, iTunes, Apple Music, Pandora, Amazon, & 100's other other music services with this VIP CODE.